We are delighted to welcome Mr. Tom Barry Consultant Maxillofacial Surgeon and Dr. Lynn Spooner to our clinic.

Mr. Barry and Dr. Spooner will be taking bookings for a range of new medical aesthetic treatments.

After graduating from University College Dublin Medical School in 1997 he completed his FRCS (Fellow of the Royal College of Surgeons, Ireland).

During his time as a Research Fellow at the Mater Misericordiae University Hospital he presented his research internationally and was awarded the Gold Medal at the Freyer Scientific Meeting and Surgical Symposium in 2002.

In 2007 he graduated from Dental School (University College Cork) and commenced Oral and Maxillofacial Training in the UK (East Midlands and Northern Ireland Medical Deaneries). His clinical exposure and training included prestigious hospitals such as University College London Hospital and The Eastman Dental Institute.

In 2015 Mr. Barry was appointed as Consultant in Oral and Maxillofacial Surgery (OMFS) in Northern Ireland and in 2016 he assumed his Consultant OMFS post at Galway University Hospital.

He has presented at numerous local, national and international meetings on the topics of Head and Neck Oncology, Orthognathic Surgery and Aesthetic Surgery. He is an honorary member of the ISOMS (Irish Society of Oral and Maxillofacial Surgery) and is the Irish representative of the UEMS OMFS (European Union of Medical Specialists in Oral and Maxillofacial Surgery). He is an Honorary Senior Lecturer at the University of Galway.

BOTOX® Cosmetic is a prescription medicine that is injected into muscles and used to temporarily improve the look of moderate to severe forehead lines, crow’s feet lines, and frown lines between the eyebrows in adults.

This is a non-surgical, minimally invasive method to reduce the appearance of unwanted lines and wrinkles by restoring lost volume to the skin. It can also be used to add volume to Lips, Cheeks, Jawline, Temples & Chin.

Profhilo is not a dermal filler, but a new technology completely. Profhilo is injected across 10 points on the face or neck or décolleté and spreads underneath the skin to improve skin tone, texture, hydration, and radiance. 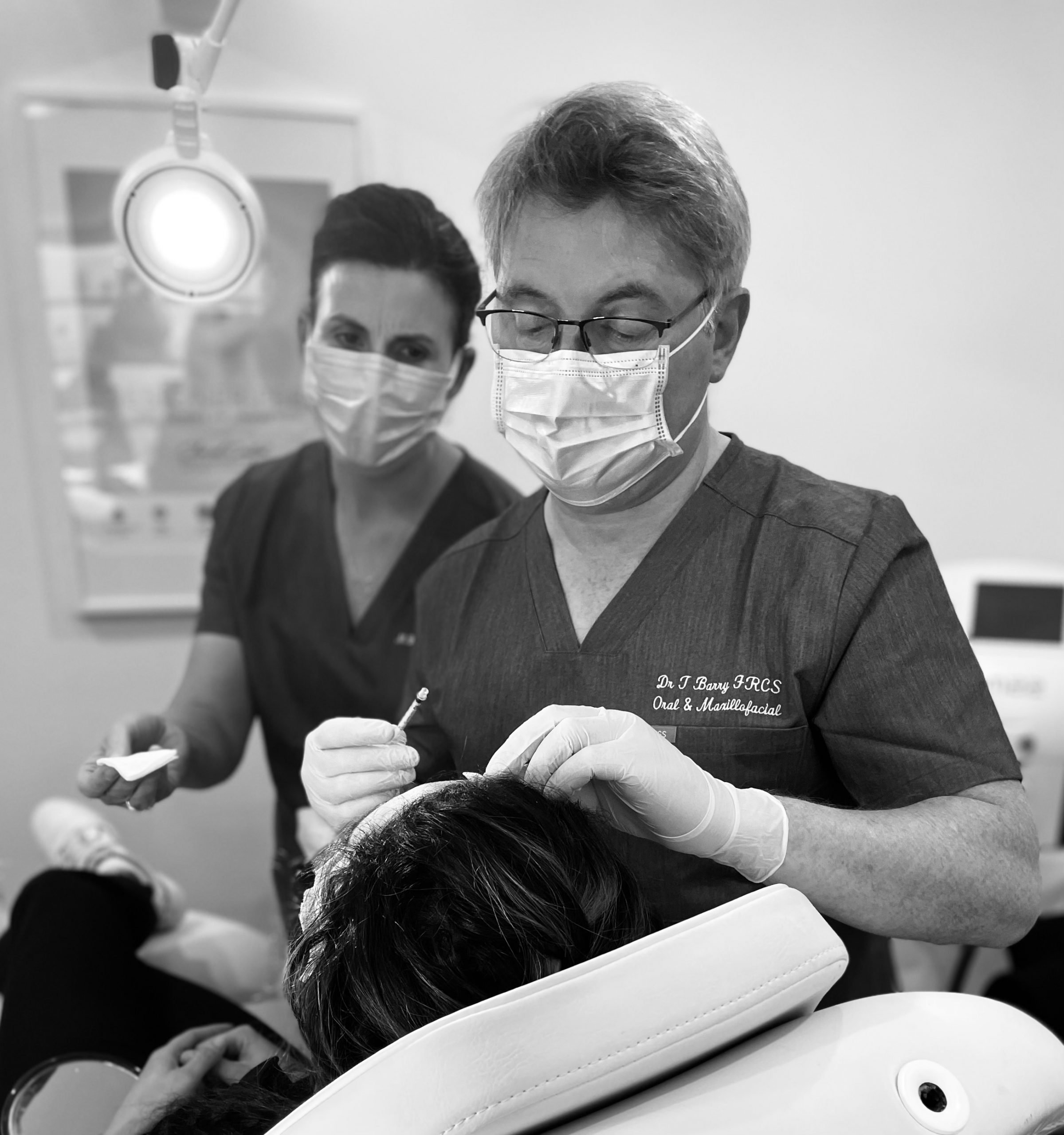 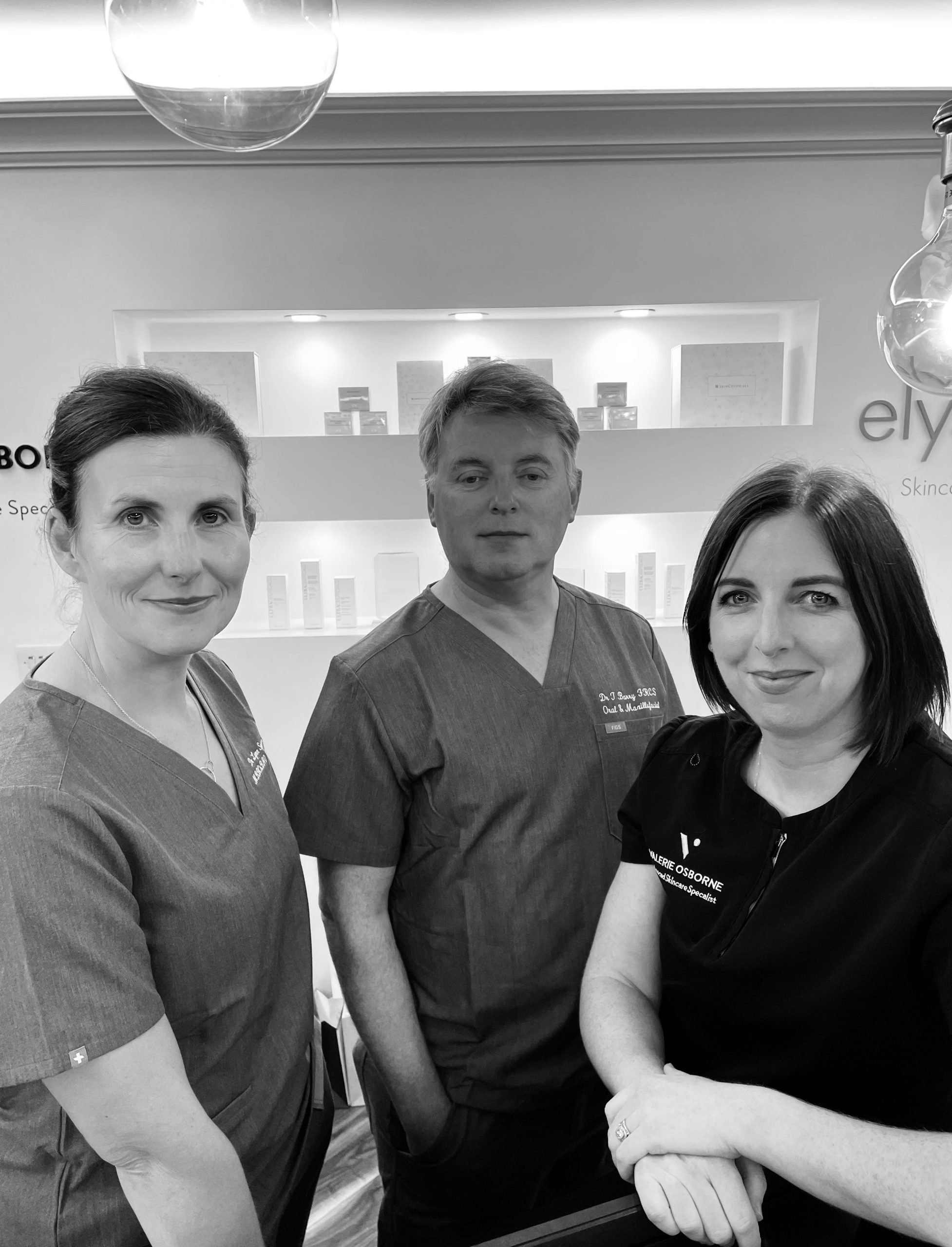 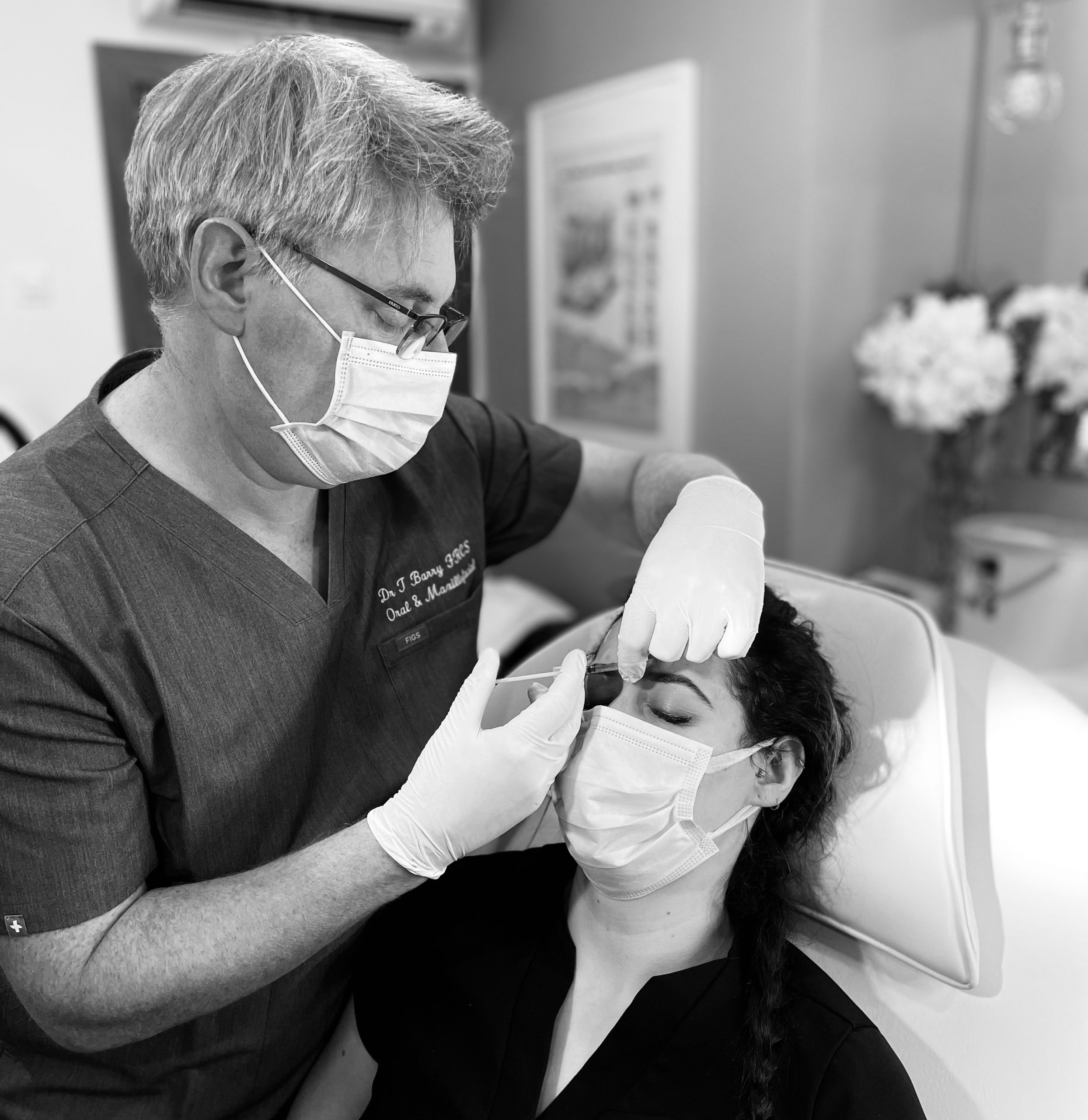 Let's get serious about your skin.

There is a €100 consultation fee for Mr. Tom Barry and Dr. Lynn Spooner.

The €100 consultation fee is deducted from the cost of your prodcdure if you proceed with treatment on the same day or within 4 weeks of consult.

Book In For Your Consultation / Treatment
We use cookies on our website to give you the most relevant experience by remembering your preferences and repeat visits. By clicking “Accept”, you consent to the use of ALL the cookies.
Cookie settingsACCEPT
Manage consent

This website uses cookies to improve your experience while you navigate through the website. Out of these, the cookies that are categorized as necessary are stored on your browser as they are essential for the working of basic functionalities of the website. We also use third-party cookies that help us analyze and understand how you use this website. These cookies will be stored in your browser only with your consent. You also have the option to opt-out of these cookies. But opting out of some of these cookies may affect your browsing experience.
Necessary Always Enabled
Necessary cookies are absolutely essential for the website to function properly. This category only includes cookies that ensures basic functionalities and security features of the website. These cookies do not store any personal information.
Non-necessary
Any cookies that may not be particularly necessary for the website to function and is used specifically to collect user personal data via analytics, ads, other embedded contents are termed as non-necessary cookies. It is mandatory to procure user consent prior to running these cookies on your website.
SAVE & ACCEPT